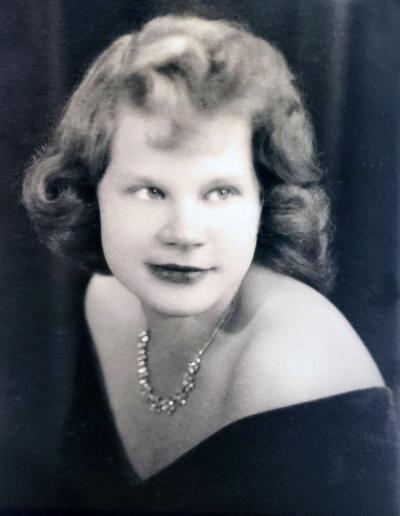 Cynthia M. Fitzgerald, age 89, formerly of Flora, Illinois, passed away on Friday morning, April 29, 2022, at her daughter’s home in Schertz, Texas, surrounded by her loving family.   She was born on August 2, 1932, in Winsted, Minnesota to the late Andrew and Agnes (Kurtz) Herman.  She grew up on a farm in Medford, Wisconsin, with three sisters, Betty Regitschnig, Carol Kaja, and the late Pat Hartwig.  She was married to her first husband, Harold Fitzgerald, Jr., an Army Veteran and acclaimed artist, for 51 years.  They were stationed in Italy, Iran, and Greece, as well as Alabama, Florida, and Illinois.   Her second husband was Col. Timothy Horan who persuaded her to move to San Antonio, Texas, from Flora, Illinois.  During their brief time together, they enjoyed taking cruises with their families and going to church.

She was known for her tireless volunteer work throughout the years: making crafts for Christmas bazaars, baking cakes/pies for various fundraisers, and helping in schools/parishes. When she could no longer volunteer, she donated to charities that focused on animals, children and homeless.  She enjoyed quilting, sewing, growing her own vegetables, and baking.

A graveside ceremony will be held at 11 a.m. on Friday, August 12, 2022, at St. Stephen Cemetery, Flora, Illinois.  Those attending are asked to arrive directly at the cemetery.  Arrangements are by Frank & Bright Funeral Home in Flora.

Cindy, sorry to hear of the passing of Aunt Cynthia, now she is with Uncle Harold. My thoughts and prayers are with you guys.