Memorial donations are suggested to Clay County Cancer Crusaders and will be accepted through the funeral home. 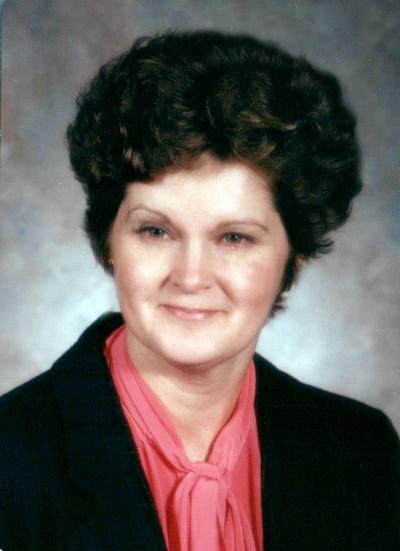 Those attending are asked to arrive directly at the cemetery.

Please note that this service is a week from this coming Saturday on May 14.

She was born April 7, 1945, in Harrisburg, the second child and only daughter of David Howard and Agnes Marie (Walton) Schoonover.

Button graduated from Flora High School in 1963, and then enrolled and completed several college courses.

She married Thomas Lewis Pemberton on October 31, 1975, in Louisville.  It was a running joke in the family that it was the only day witches could get married.  Button was far from a witch, as she was a very loving daughter, wife, mother, grandmother, great-grandmother, and a true and loyal friend.  She enjoyed her monthly lunches with friends, especially her long-time friend, Jean Guerrettaz.

During her lifetime she worked for Fred McCollum at Smith, McCollum, & Riggle Attorneys at Law, First National Bank of Flora, and she and Tom were the owners and operators of East End Liquors.  After retirement she returned to work at local long term care facilities and Edward Jones.

Two highlights in her life were attending the Walk to Emmaus Religious Retreat in Santa Claus, Indiana, and a weeklong trip to Savannah, Georgia with the Girl Scouts to visit the home of Juliette Lowe, founder of the Girl Scouts.

She was a past Board member of Southeastern Illinois Counseling Centers, a former Girl Scout leader, and a member of the Flora American Legion Auxiliary.

A graveside ceremony will be held at 10:30 a.m. on Saturday, May 14, 2022, at Floral Garden of Memories Cemetery, Flora.  Those attending are asked to arrive directly at the cemetery.  Arrangements are by Frank & Bright Funeral Home in Flora.  Memorial donations are suggested to Clay County Cancer Crusaders and will be accepted through the funeral home.  To share a memory or condolence, visit: www.frankandbright.com

We Are So Very Sorry For Your Loss! Button Was A Special Lady And A True Friend Since Childhood! Please Know We Hold You All In Our Thoughts And Prayers!!

Lifelong friend neighbor and classmate, rest in peace Maria, and my prayers and condolences to the entire family.

Condolences to the family 🌹

My condolences to Button's family. Button was such a good and caring person, knowing her in our Flora High School Daze ...

Comforting prayers to you all. Button's was a loving lady. She'll be missed dearly. Rest in peace my friend

My thoughts and prayers are with all of Miss Button's family and friends during this time. She was a beautiful person inside and out. She will be missed and always remembered!

So sorry to hear this. Our thoughts and prayers are with you.

So sorry for your loss. Button was a wonderful caring lady. Always had a smile for you. Prayers of comfort for all the family and friends.

My condolences to her family and friends. Button was a friend from high school who I enjoyed seeing at reunions and on facebook. She will be greatly missed.

What a kind and good person, and so caring and gentle. I am so thankful she was in my mom’s life, and mine. I was very lucky to know her. Peace now, Button. Love you.

Tom, Jacki and Family: We are we so sorry for your loss. Button was a delightful woman who always had a sweet smile and a kind word. She will be missed by all who knew her. You’re all in our prayers. RIP Button❤️

One of the sweetest person. I've ever known. So sorry for the family and world's loss.

Button was the sweetest person I ever met. She never had a bad word to say about anyone. She was a one of a kind person and anyone who got to know her loved her. So, sorry for the family.

So sorry for your loss. Button was a neighbor when we were just children and remained a friend throughout the years.

Sympathy is extended to The Family , Friends and Community . Sorry for Your Loss.

Button touched so many lives in our community. I was very fortunate to have a nice visit with her a few months back. She certainly be missed so badly. ❤️

I will forever cherish my childhood memories with you Button. Girl scouts, sleepovers, hayrides and so much more. I love that you loved without judgment, I will carry that with me always❤ RIP my sweet friend, Sonja Harrison

I'll remember all of the crazy things we did as teenagers. (and survived!) But mostly, how wonderful it was to visit with Buttons at our 50th class reunion. What a peach!

Condolences to Button’s family. I don’t remember when Button’s family moved to Flora, but I remember being at her house often as her parents and mine were good friends and I was the same age as her older brother Bill. I remember her as being a tiny well behaved little girl who grew into a beautiful kind lady. I remember her coming up to me when she had the liquor store when I was visiting Flora and giving be a big hug and remembering me when I was hanging around her house with her brother Bill when we were kids. She was always a lovely person.

Jami and Jacki and the whole family.. my heart aches for you and for the suffering you and she endured, but now we know she is in such a better, wonderful place. My thoughts and prayers are with you all and with her soul. All the memories at different times of our lives as we crossed paths.. now thinking of sitting at BK chatting on a Sunday morning.. such a beautiful and wonderfully caring soul..rest in peace Button.

We are so sorry to hear about Button. Ours hugs and prayers are with you all. She was one of the nicest people I knew

This lady was amazing! She had such a loving heart for All. My condolences to the family.

So sorry for your loss Button was a bright light in this hazy world and will be sorely missed. Prayers for the family.

So sorry Jamie. I loved that lady. She had the heart of gold. She was such a hard worker. Heart broken to just now find out

Sorry to hear of Button passing. She was such a great person, school friend and always enjoyed fun to be around. RIP Button. Condolence to Tom and to all her family and friends.

Our deepest sympathy to all family and friends.